Siphiwe Baleka, America’s Fittest Trucker, has designed this workout for anyone who is time-crunched, deskbound, and stressed out. Your goal is to ‘go hard’ during each of the bodyweight exercises. Feel free to adapt any of the exercises to be harder or easier depending on your fitness level. If you are a driver, rest assured that you will be able to tackle this workout while on-the-road… just don’t rest for too long 🙂

This workout was created by Skimble Trainer: Siphiwe Baleka. He is currently accepting new clients for Online Personal Training, so head on over to his profile in Workout Trainer and tap ‘Start 1:1 Training’ to get help from a dedicated expert.

Do you have a fitness resolution? Make progress towards achieving your goals with Skimble’s top fitness apps and supportive community. If you’re new to Skimble, our Workout of the Week challenges offer you fresh ways to be fit. Download Workout Trainer on your Android & Apple devices and do your first workout! Remember, if you want to stay up-to-date with our Workout of the Week challenges, be sure to have your Workout Trainer notifications turned ON in the app!

Today we’d like you to meet 52 year old Paul Gilbert, an active Skimble member with an inspiring story:

On March 16th 2010, I signed up with Skimble.  On March 16th 2011, I was still active on Skimble. I wish I could remember how I discovered Skimble, but after a year, it doesn’t matter, I found it, joined, downloaded the Skimble Sports Tracker iPod Touch app and headed out.

To give a bit of my background, at the end of December 2009 I spent a week in the hospital with a respiratory problem. It was my second stint in the hospital because of the same problem. I had to be in the Intensive Care for about a week as the medication and treatment did its work. I knew once I had been discharged I would continue to take medication and I also knew what it would be, Prednisone. If there was one drug I hated taking it was this, yet it was what I needed. If you know anything about Pred, you may know some of the multiple side effects, one of the them was weight gain. No matter how hard I tried, I was gaining weight. I could tell because my clothes, despite of my efforts to ignore, were becoming tighter. At my age it was enough of a challenge to keep the weight off at the best of times, but now I was taking medication that made it even more of a challenge.

I’ve always been active, running, biking and doing weights. What I never developed was a systematic plan of keeping track of what I had done.  Sure I could write it down, and I did try but it never went more than a month. That may have been one of the reasons for finding and using Skimble, not only does it make me keep track, it makes it enjoyable.  Through the accumulation of points, plus being challenged by others, it keeps me marking down my exercise sessions.  Also, looking at the charts and seeing a week I’ve missed, it stares at me like missing teeth. 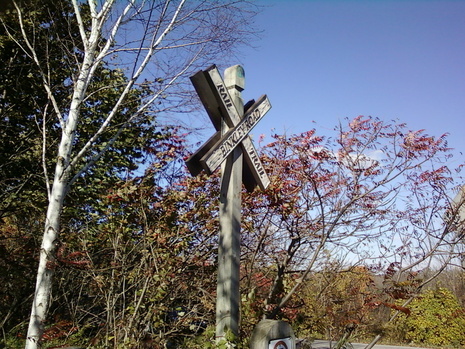 To continue my Prednisone story; the doctor wisely kept me on a high dosage until he could feel confident I was over the worse of the condition and then start to wean me off it. By October I was finally off and I began another part of my Skimble adventure- I became a PRO (only $9.99/year). It was simple through the app store. I now could keep track offline and simply uploaded later. When I got off the Prednisone it was time to get serious with health, fitness and losing weight. I had to increase the cardio and that meant the treadmill. I had used it in the past, but just walking. To be honest I had not been a fan of the treadmill, but I knew what I needed to do, and that meant getting back to a consistent running program. Here is where the new status of Skimble helped, I could record my results right after the run and then upload later. This became very important since I needed to track my training. With Skimble I could keep track of distance, time and even speed. I noticed that I was beginning to run longer and longer and I could keep my speed up and increase it. I noticed the mileage was going up and at the same time, the scale was showing the weight was going off.

To date I’ve lost 10 pounds and am feeling great.  It’s now April and I’m still running. I can go over what I’ve done and remind myself how I’ve felt. For fun I can read the calculation of how much weight I’ve lifted over the various exercises. It’s impressive when you notice the hundreds of pounds lifted over the space of a month or even a week.I know that I am feeling better and I believe Skimble has been a part of the strategy of making me feel better.  I’ve also been able to recommend Skimble to others, for anyone who has an iPhone or ipod touch it has to be one app that must be on, since as I said at the beginning it makes tracking exercise programs very simple and gives the incentive to do better next time right back to you.  So not only does it track it motivates, all for pennies a week.  Do I plan to use Skimble for the next 12 months?  Of course!  Will I continue my pro membership?  Definitely!  Not only that, there a few people on my friend’s list I want to beat this month. 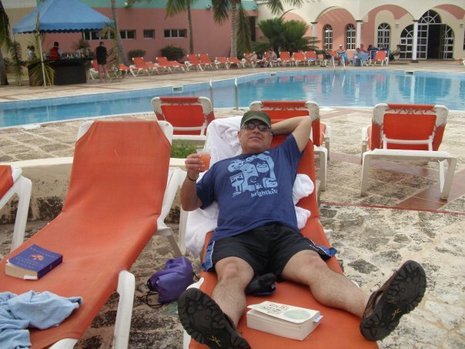 Paul, thanks for reaching out to us at Skimble and sharing your inspiring story!  Just a few follow-up questions:

What is your favorite active experience that you recommend to others?  Wow, what a question – of the different places I’ve been and I would say hiking through the North Shore mountains in Vancouver.  As for where I live, riding through Brant County, where some of the pics in this post come from.
What is your favorite thing about Skimble?  I like the variety of exercises I can track.  If I’m doing something, chances are I can find it.  Also the fact I can track and store off-line.  I use this when I go for a walk for my ‘morning constitutional’.  It’s all part of the exercise plan.  Plus I like the fact I can have graphs to track what I’ve done.  Oh yes, the monthly scoring, there are people on my friends list I consider to be my challengers, they might not know it, but I always check their scores as often I check mine.  If they go ahead, I know I’ve got to do a few more things next time at the gym, or run a little faster.
How can we improve Skimble?  I can’t think of any major things to improve, perhaps add some way to track snow shovelling or grass cutting.  😉   You being Canadian would understand what I mean.  I think I would say keep improving, nothing major but keep the evolution of Skimble going.  (we’ll keep you posted!)
Anything else you’d like to share?  Thanks for making this available.  I hope Skimble continues to grow and thrive.  Thanks for giving the opportunity to write to you!

Join us on Social Media