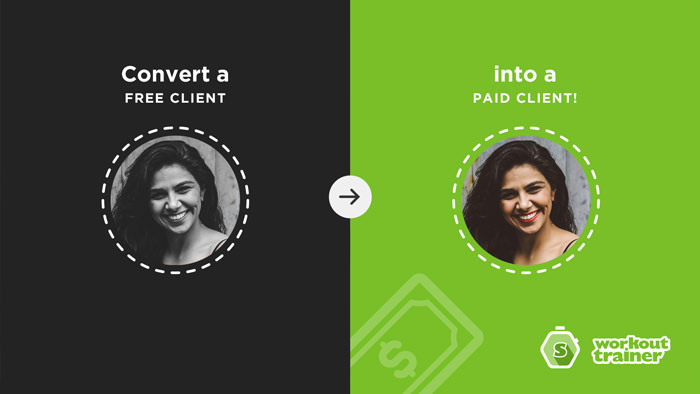 Did you know you can now easily convert Free to Paid clients in Workout Trainer with just one button click? Trainers often put in some Free time to offer potential long-term clients a ‘try before you buy’ experience, but there comes a time when it’s fair to start charging for your professional training services. We’ve now introduced a simple way for Verified Trainers to invite their Free clients to switch to Paid online coaching after working together for a while. 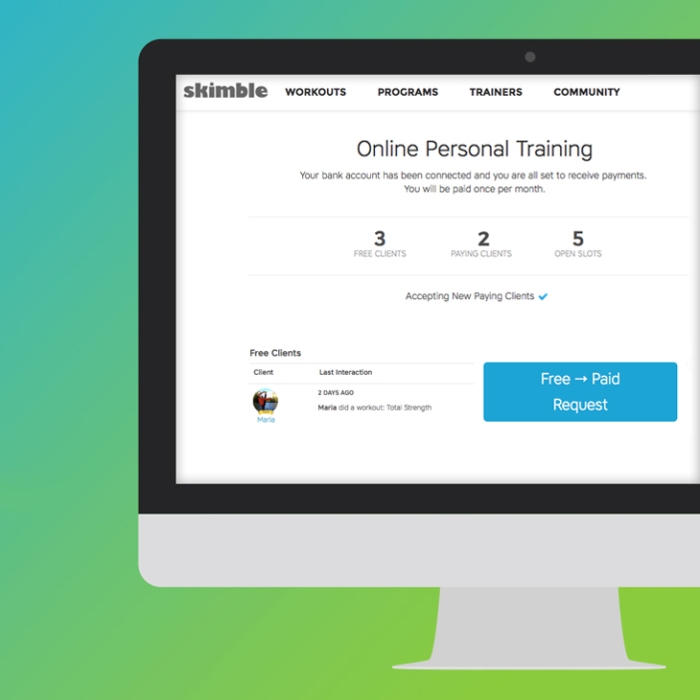 If you haven’t done so already, get signed up for Online Personal Training in Workout Trainer to start growing your online business and head on over to the personal trainer dashboard. You can access your dashboard from our website or in-app through the Side Nav, then tap Paid Training Setup. On the dashboard, you’ll see a button saying ‘Free → Paid Request’. Tap this button and it will automatically send an email to your client with a link to pay.

The email that gets sent to your free clients will let them know that you’ve really enjoyed working together and appreciate their ongoing support of your training services with a link to pay.

Currently, trainers can set up their 1:1 Online Personal Training service if they operate in the USA, Canada, United Kingdom, and Australia. These trainers can then accept online clients globally.

Trainers who have paying clients in Workout Trainer are receiving an extra $70-$140USD/month per client. It’s time to start growing your online training business and converting your Free clients into Paying customers with just one button click.

Want to tone and define those core muscles? Do the intense Core Abs & Stretches workout, packed back-to-back with ab exercises and core stretches.

Whether you’re panel/hotel hopping at SXSW or sitting pretty in your living room, you can do this one with little time and space. After the workout, be sure to check out the sports-related SXSW panels in Austin including… 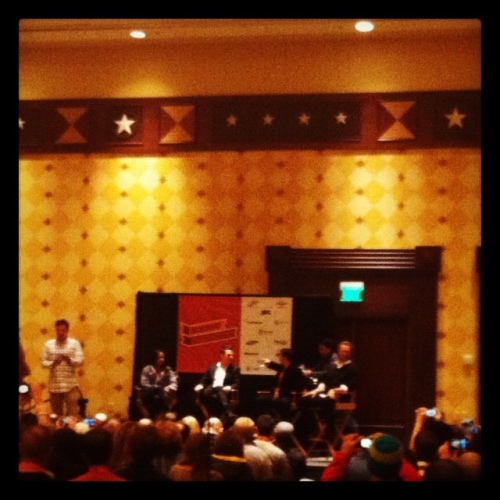 and Fit Together (Jason Jacobs of FitnessKeeper, Kevin McCoy of LoseIt, Maria Ly of Skimble):

Do some outdoor yoga at the TaskRabbit park (with a Skimble lesson led by Maria):

& then hop over to all the music venues to get your dance on!

(photo from the Miike Snow concert by Blake Samic)

It’s been about a week since Skimble (literally) rocked SXSW 2010.?? We made the most out of the Microsoft BizSpark Accelerator startup pitch competition by promoting healthy lifestyles at a conference that may, at first glance, seem far from.??

Here’s a recap of our SXSW adventure and what people we’re saying about Skimble:

“the most memorable moment of the day goes to Maria Ly, founder of Skimble, who performed a 30-second exercise jam which included backflips, and legs pulled behind her head – while flipping open a phone. Though, we’re sure that’s not the only reason Skimble – a platform to track, plan and share sports and recreation activities with friends – made the cut!”

“The final contestant to take the stage was Skimble and if there’s one thing we can say, it’s that co-founder Maria Ly did it with style…This woman is living what she’s preaching.”

Out ‘n about at SXSW, Team Skimble looked their ‘active’ best:

We also made sure to say hi to the nice folks at PayPal’s SXSW booth and demo the Skimble application:

Before SXSW Interactive ended, Tim Ferriss of The 4-Hour Workweek ‘muscled up’ some Skimble love:

Here are some of our friends enjoying the Austin sun:

Nothing stopped us from doing some yoga at Lululemon Athletica, urban run/walking downtown and bouldering at Austin Rock Gym South in between SXSW events.

We’re back from SXSW 2010 and have all fortunately survived.?? For all the photos we took at SXSW, check out our Skimble @ SXSW 2010 collection on flickr.

Join us on Social Media